How Lawyer Advertising Has Changed Over The Years 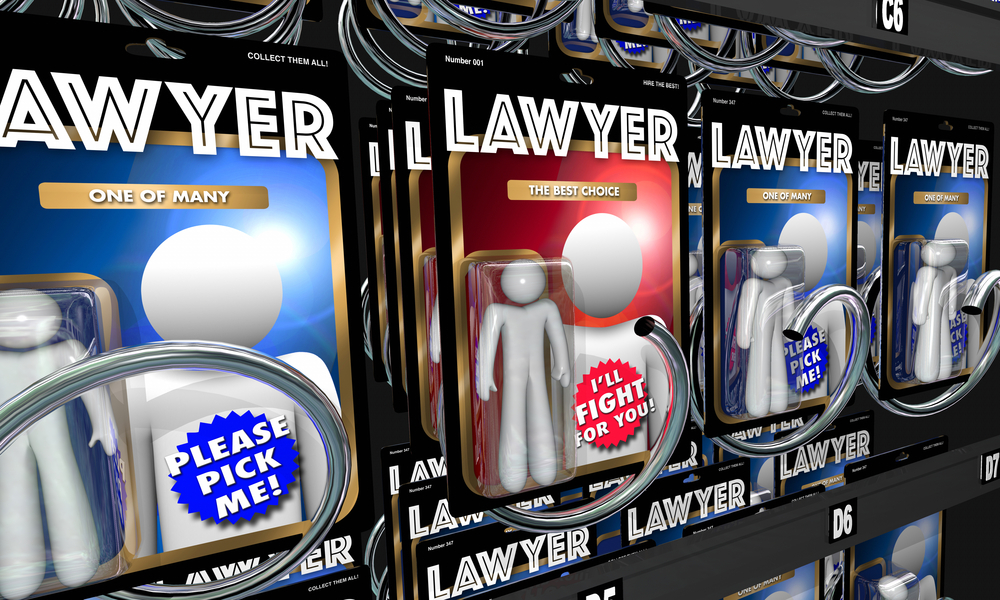 Lawyer marketing might not be the first thing you think of when you try to imagine things with exciting and dynamic histories. It’s time to think again.

Believe it or not, recent developments in lawyer advertising techniques have often been groundbreaking. At the very least, you can call your colleagues in the legal profession advertising pioneers.

Part of the reason for this is simple. Lawyer marketing and advertising are competitive and lucrative compared to business development in many other professions and industries. Firms are almost always looking for a way to outperform the competition, whether it’s a new attorney trying to break into the business or established firms maintaining their dominance.

In this article, we are going to look at a loose timeline of attorney advertising. We’ll also discuss a few key points about the marketing and advertising techniques that you can still use to promote your firm. Here are our topics:

If you’re looking for less storytelling and more actionable information, please feel free to call us directly at (888)590-9687. Forward Lawyer Marketing is a full-service marketing firm focused on the legal profession. We offer search engine optimization, website design, blogging, and an entire range of advertising and marketing services for law firms.

Lawyer advertising has been in and out of vogue (as well as in and out of regulatory compliance) throughout the history of the United States. Abraham Lincoln’s law office famously advertised, as did many in the early days of the country.

It took until the latter half of the 20th century for attorneys to start advertising with the same alacrity that they did before the ABA and state bar associations began imposing restrictions. While not exactly a free-for-all now, we have certainly entered an age in which it is normal for law firms in practically every practice area to advertise or publicly market their services.

Things warmed up slowly after the landmark lawyer advertising case, Bates v. State Bar of Arizona. This disbarment dispute is credited as opening the floodgates of law marketing, but, in reality, it started as a trickle.

Most early advertising was comprised of modest pamphlets and newspaper ads. Billboards also started popping up. That’s something we still see lawyers use to this day; it’s a perennial choice for competitive, high-volume firms that focus on auto injuries, class actions, and even family law.

As print media became flashier, ads followed suit. However, that all started to fade into the background as the limited broadcast format of television shifted to the megaplex, choice-rich, straight-to-consumer cable TV model.

Television Ads and the Role of Media

We started seeing many more channels on TV in the 1980s. This meant more options for advertisers — and a lower price per advertising spot on average. Most lawyers still were not able to compete with the beverage industry or automakers for championship sports ad spots. However, many found that they could afford time on late-night and daytime television, even on major networks.

As a result, the now-familiar lawyer commercial began to proliferate. Some followed a traditional model of confidently offering legal services to an unknown viewer, while others took a more aggressive tack. Some unique lawyer advertisements went even further, such as carrying a sledgehammer to face off against charging commercial trucks while emphatically yelling the company slogan into the camera.

A Pivot Away From Broadcast and the Rise of The Internet

The cable television model eventually reached its peak, diversifying into premium packages and giving rise to competitors, such as satellite television. The market for advertising on broadcast began to saturate, and the most competitive firms started to dominate airtime.

Everyone was waiting for the next best thing, and, in the 1990s, it arrived. The internet, theretofore an academic and corporate technology, burst into homes across the country thanks to service providers, such as America Online, and browsers, such as Netscape.

All of a sudden, anyone who owned a personal computer could publish information using an open, free architecture and access a wide audience. This development, along with the ability to collect data and track behavior that eventually developed, would revolutionize marketing and advertising for everyone, including attorneys.

Of course, in the beginning, the internet was largely still seen as something for hobbyists. It took the dot-com boom for people to start taking it seriously as a business opportunity.

The Start of Paid Search Ads

Perhaps the biggest success story of age is Google. Google started out as one player on the scene in the embattled, largely unprofitable search engine market. A decision in the late 90s to start selling advertising based on keywords flipped the search engine industry’s position from being an under-compensated internet service to being a dominant force in online commerce. Eventually, as searches became more accurate and consumer confidence in the search engine grew, Google became a huge, powerful advertising platform.

As competition for attorney keywords increased (and continues to increase), lawyers and advertising platforms alike had to innovate. That brings us to one of the best ways to make money in an increasingly competitive atmosphere: targeting ads.

You have almost unlimited options when it comes to custom PPC campaigns and targeting lawyer advertisements. You can target by limiting geographic area, selecting specific keywords, and choosing a range of customizations that changes and expands regularly.

Every refinement typically narrows your advertising audience, but, for most law offices, that is totally fine. As an attorney, most of your advertising efforts will be focused on converting ad viewers into leads for your law firm. This might sound obvious, but there are plenty of other reasons that other types of businesses use advertising. For example, a large beverage company might use advertising simply to increase the exposure and prominence of the brand rather than to directly generate sales.

Another way that law offices are making the most out of increasingly expensive keywords is by doubling down on landing pages. Since you pay a lot per click with online attorney advertising, the idea is to get that click to go somewhere with a high chance of converting the visitor into a client.

Online lawyer advertising started with things like banner ads on popular websites and services. It then moved to search engine PPC, making the banner ad mostly obsolete. The attorney’s own website became the advertisement — a complex sales tool that provides information, persuades viewers, and offers methods of contact.

Most forms of internet ads now direct traffic to lawyer websites. Social media ads may more commonly refer users to the attorney’s page on the platform, although most law firms choose to feature their websites prominently across all social media profiles. When you get to the bottom line, the website has become the core of most attorneys’ online marketing and advertising efforts.

Even though the website is the end destination of most advertisements, the ways people get to the website are highly diverse. In addition, there are some other forms of ads and advertisement-like practices online. Here’s a short list:

Marketing and Advertising: A Close Relationship

As we gain more insights into human behavior online, the gap between lawyer marketing and advertising continues to close. As marketers, we are moving towards a time in which we can effectively identify key behaviors that indicate compatibility with our law firm clients’ legal services, develop behavior profiles, and serve advertisements to capture cases that provide the best possible fit for our clients.

To learn more about how current technology can help you generate the right type of interest for your firm, give us a call. Our number is (888)590-9687, and we look forward to helping you meet your business development goals.