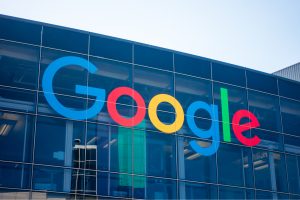 Google has recently released a new broad core update on March 12, 2019. To avoid confusion between Florida 2.0 and the recent update, Google adequately named the new update as “March 2019 Core Update.”

The new update caused global mayhem in internet search results. In this article, we will focus on the various aspects of the new update and the upheaval it has caused since its release.

What makes the new March 2019 Core Update different than any previous versions is Google officially announced and confirmed the update. Lasting more than four days, the update caused a massive rank fluctuation high of 89/100.

If you have recently witnessed a change in your SERP ranking, then it is probably caused by the new core update and has nothing to do with the design or any other technical change, which you may have made.

It’s difficult to guess how the March 2019 Core update would affect website rankings, but Google suggests the update might benefit pages that were previously under-rewarded. It’s important to understand there is no actual “fix” for websites, which received low rankings.

However, the focus should be on developing quality and relevant content, which explains your business, products, and services to a target audience. Quality content under the new update will help pages perform well, as they focus on building relevant high-quality content.

Health Industry Comes Out As The Big Winner

The analysis suggests Google has continued to fine-tune its search results for queries linked to sensitive topics, such as health-related questions. The March 2019 Core Update had a significant impact on the medical industry.

Looking at the winners and losers of the August 2018 E-A-T update or the Medic Update, it’s obvious some of the websites are losing in the race. While some health websites are declining, others have gained momentum – due to their speedy response, quick loading, and quality content.

The Value and Power of Branding

The power of branding has evolved and continues with the new update. A company website should have a strong brand profile and a broad topical focus. However, smaller niche websites with similar broad focus have witnessed a fall in their Google rankings.

Websites that contain information about red blood cells, glasses, and blood platelet websites are some examples of niche medical websites hit by the new update. These websites saw lower traffic and turnover losses.

When calculating website search engine rankings, the new algorithm update has enhanced how it weighs user signals. Each domain, which has worked significantly to improve its SEO visibility after the update, has received higher values for the time spent by each visitor on the site along with page views per visit. Another benefit they get is a lower bounce rate as compared to their rivals.

If you want to learn more about SEO and how to rank your website according to the new Google update then contact FORWARD Lawyer Marketing at (888) 590-9687 to speak with a digital marketing specialist.